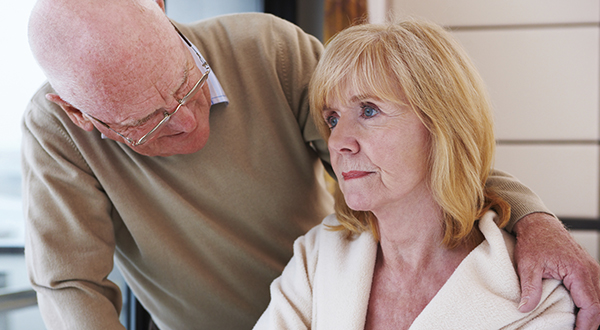 Among the many adverse side effects associated with the use of proton pump inhibitors (PPIs) such as   Nexium and Prilosec is an increased risk of dementia, or Alzheimer’s Disease. These concerns came out in a study published in the April 2016 issue of JAMA Neurology. The study was carried out in Germany by a group of researchers that included people from the fields of pharmacology, neuroscience, psychiatry and demography. They concluded that “The avoidance of PPI medication may prevent the development of dementia” in elderly patients.

Although the results of the German study are preliminary and additional investigations need to be carried out, the researchers discovered a link between PPIs and an increase in the levels of a substance known as β-amyloid, or amyloid beta in the brains of laboratory mice. Amyloids are short chains of amino acids that become mutated, folding into odd shapes that allow excess proteins to clump together. When this happens, the normally healthy proteins no longer function properly. Instead, they turn into microscopic fibers, forming plaques in the brain that has been associated with the development of Alzheimer’s Disease. Amyloid beta is also associated with another form of dementia, known as “Lewy Body,” as an inflammatory, degenerative muscle disease called inclusion body myositis.

Most researchers in the field of neurology have long accepted the “amyloid hypothesis,” that amyloid beta is the culprit in the formation of the plaques that cause dementia. However, while this has been demonstrated in mice under laboratory conditions and patients with sporadic Alzheimer’s do show elevated amounts of amyloid beta in their brains, the link has not been established beyond all reasonable doubt. One line of scientific inquiry indicates that amyloid beta may compete with insulin for binding with insulin receptors in the brain. Because the brain is fueled by glucose (blood sugar), this would prevent the brain from receiving what it needs in order to function (anyone who has seen a diabetic suffering from hypoglycemia, or excessively low blood sugar levels, understand the implications here).

Although a link between the use of PPIs and dementia has not been conclusively proven, the recent findings by the German research team strongly suggests that the overuse of PPIs, particularly by the elderly, should be avoided. While judicious and sparing use of PPIs under a doctor’s supervision can be helpful to some patients with a real medical need, most cases of indigestion and acid reflux disease can be treated with lifestyle changes, primarily diet. Unfortunately, the manufacturers of Prilosec and Nexium have engaged in an aggressive marketing campaign aimed at low-information consumers who are seeking a “quick fix” for their problems in the form of an easily-obtained, over-the-counter product. Those who are suffering from gastrointestinal issues should consult with a qualified physician and explore all treatment options before turning to PPIs with their serious and even catastrophic side effects.