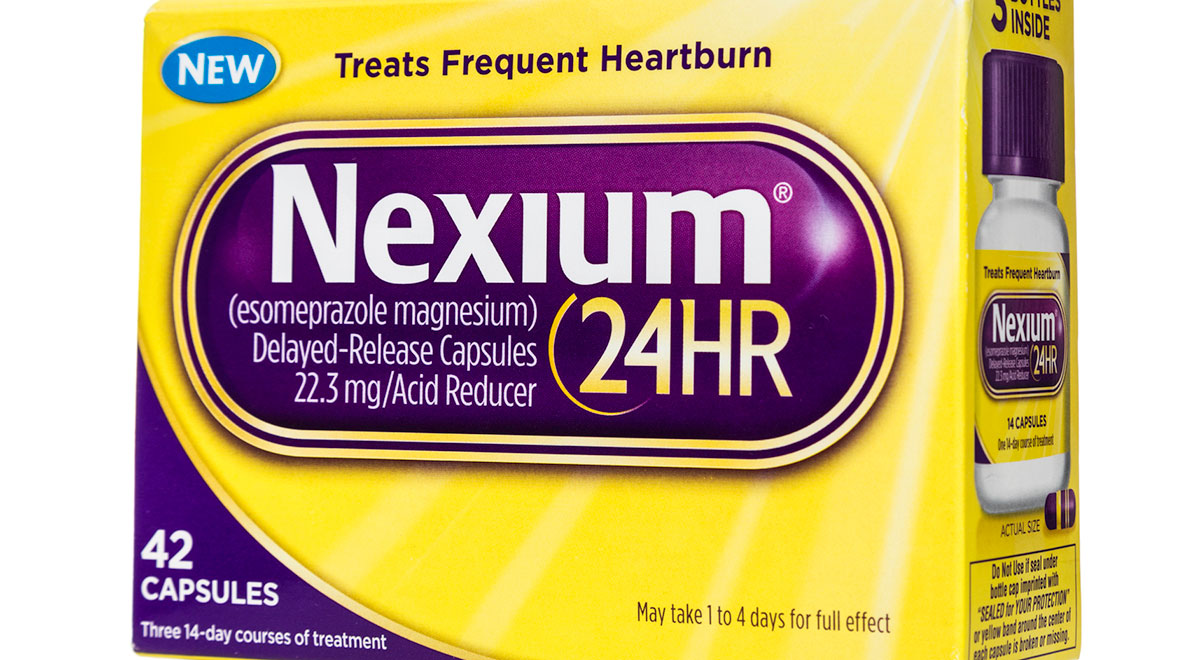 Popular proton pump inhibitors (PPIs) such as omeprazole (Prilosec) and esomeprazole (Nexium) have long been popular for treating acid reflux and heartburn. Used short term or occasionally, they are relatively harmless.

However, many people take them on a regular basis over extended periods, and suffer serious side effects as a result. These side effects, which include increased risk of stroke, accelerated aging and dementia, buildup of abdominal fluid (a condition known as ascites) due to bacterial infection, and even osteoporosis. PPI’s can also increase the risk of kidney failure by up to fifty percent.

That latter part is especially troubling because a recent study from the Washington University School of Medicine indicates that over half of those whose kidneys are being damaged due to PPIs will not be aware of it until it is too late. The study, which was published in the February 22nd issue of the journal Kidney International, found that kidney problems in these cases develop gradually over a long period of time, and there is little to no noticeable reduction in kidney function until the damage is done.

The study’s lead author, Dr. Ziyad Al-Aly, said that “the onset of acute kidney problems is not a reliable warning sign for clinicians to detect a decline in kidney function among patients taking proton pump inhibitors.” He adds:

“Our results indicate kidney problems can develop silently and gradually over time, eroding kidney function and leading to long-term kidney damage or even renal failure. Patients should be cautioned to tell their doctors if they’re taking PPIs and only use the drugs when necessary.”

The study was an analysis of nearly 125,600 patients who had recently started taking PPIs. Data from this group was compared to that of approximately 18,500 patients who took a different class of drugs for their acid reflux, known as H2 blockers.

While H2 blockers are less effective in controlling the symptoms, they also have fewer harmful side effects. Among the PPI group, over half of patients who had no previous history of kidney problems developed chronic kidney damage and end-stage renal disease. In contrast, this happened to less than 8% of the H2 blocker group. Once end-stage renal disease occurs, a patient’s only options are dialysis or a kidney transplant.

Dr. Al-Aly advises physicians to “pay careful attention to kidney function in their patients who use PPIs, even when there are no signs of problems.”